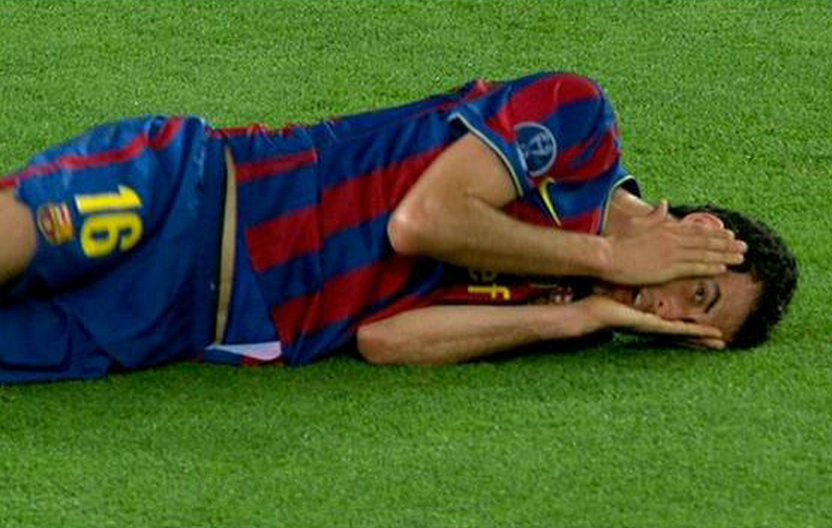 If you are among the 99.99 percent of people who are blessed with the ability to use your legs, congratulations–you already possess the basic, necessary skills to play the game of soccer. There are no real skills to acquire. There are only basic, bodily movements to refine. I have several issues with the game, but this is my main beef.

I’ve never played an organized game of soccer in my life, but take me out to the yard right now, kick a ball to me, and I’ll kick it right the fuck back. Want me to punt it? I’ll punt the shit out of it. Ask me to dribble it, and I’ll dribble it good enough. Boom. I’m a soccer player. I might not be all that good, and I might get gassed pretty quickly if I was playing in an actual game, but I’m out there, and I’m doing it. And I won’t even look stupid. Why? Because I walk, run, and kick like a normal, coordinated person who grew up playing sports. That’s all the game truly entails–basic movements of your limbs over an extended period of time, the same basic movements you learn as a toddler.

Conversely, you put a baseball bat in Lionel Messi’s hands and put him out there against an average NCAA pitcher, and he’ll look like a complete fool. Hand Cristiano Ronaldo a 7-iron and point him toward a green, and you’ll see that he’s out of his element before the club face even strikes the ball. You challenge Clint Dempsey to hit a 15-foot J with a hand in his face, and I’d bet my car he’ll miss it. The same goes for hockey and, to a lesser degree, the real kind of football.

True story: drop me in the middle of a World Cup game and I could easily blend in the entire game.

I mean it. I can blend in on the biggest stage soccer has to offer. Out there among the very best in the world, you wouldn’t be able to differentiate me from soccer’s elite with the camera panned out. First of all, I’m relatively fit, so I’d pass the initial eyeball inspection. Throw a jersey and some shin guards on me, and I’d look like the rest of these soccer turds. Like a flanker hovering on the outskirts of a street brawl who doesn’t intend to get in the mix, I’d run around and follow the action from a safe distance, as to not get found out a total fraud.

I won’t score. I won’t run up and down the field at a steadily quick pace. I won’t fit a perfect pass through a tight window. I will actually provide zero value whatsoever to my team. I’ll blend, though. 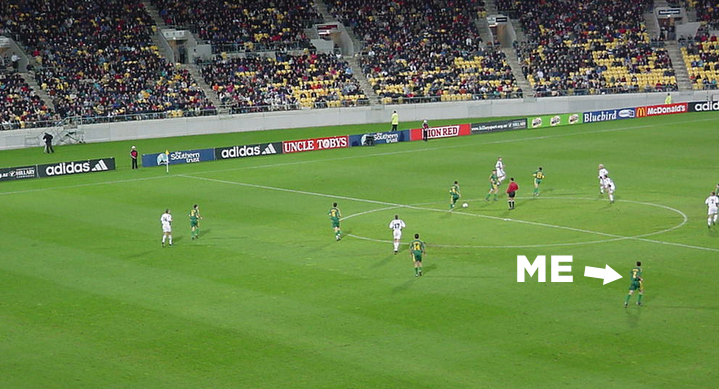 A casual observer wouldn’t pick up on my shortcomings. If the ball comes to me, I’ll pass it right away. Easy. Defense? No problem. I’m athletic enough to stay in front of my man with a sizable cushion. And if anyone comes uncomfortably close to me, I’ll flop and flail around on the ground like I was sniped by a crazed fan in the upper deck–like a giant soccer vagina.

Look at these idiots. Flopping isn’t merely a problem of the game. It’s become an accepted and integral part of it–and sometimes the only way to break a tie after an exhilarating 80 minutes of scoreless action.

Soccer is simply boring as fuck.