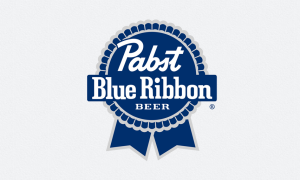 Our relations with Russia have gotten worse and worse recently. With Putin essentially trying to bring back the Soviet Union, the Crimean crisis, and Russia’s general wish to counter any move we make on the international playing field, the Russians have really been pissing us off. Today, however, things crossed the line.

After more than 150 years of proud, American ownership, Pabst Brewing Company has been bought by the Russians. Shocking, I know.

Sure, hipsters kind of ruined it for everyone, but let’s not forget that PBR was an American original and a favorite of the working man before it was adopted by a bunch of tight pants-wearing, long-bearded, non-prescription glasses-wearing freaks. This is an outrage.

It’s not just PBR that’s being bought by Russian company Oasis Beverages. This company is getting all the beers that Pabst Brewing Company produces. That includes Lone Star, Old Milwaukee, Colt .45, and every Marylander’s favorite, National Bohemian.

I honestly don’t know what to do, guys. I mean, I never really drank PBR that much. We used to drink them on the Fourth of July because they were cheap and American as fuck, but now? I don’t know, guys. I just don’t know.

Don’t even get me started on Natty Boh. I’m an Orioles fan and I have been since I was a kid. I was brought up on the stuff. I’ve rimmed glasses of it with Old Bay. I was planning on having my casket filled with it when I die. Fuck.

I’m no expert on international relations, but I see this as an act of aggression. The Russians are trying to infiltrate our country and win over our hearts and minds clandestinely by buying up classically American beers.

While the beers will still be produced and distributed in the United States, make no mistake–Oasis, a Russian company, now owns Pabst. I guess our only hope is that some of our freedom-in-a-can will wear off on them and set them straight.

Shit. I need a beer.